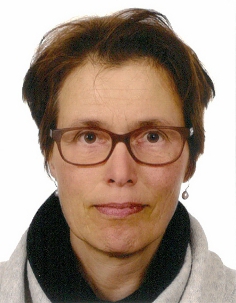 Born in 1965 I completed my studies in chemical engineering and process technology at Karlsruhe University (TH) in 1989. In 1994, I received my Dr.-Ing. degree in Food Process Engineering from the same university with a thesis on "Basic studies on the production and stability of oil-in-water emulsions".

From 1994 I worked for the Engineering R&D department of BASF AG in Ludwigshafen, Germany, specializing in process engineering and product design (product range of BASF, emulsification, mixing, agglomeration, and comminution processes).

In 1997, I joined Nestlé Product Technology Center in Orbe, CH, specializing in infant cereals product design and related technologies and was promoted to group manager for extrusion technologies in 1998.

I started giving lectures in sterilization techniques and product design at Karlsruhe University (TH) in 2000. In the same year, I was appointed a grant from the German Research Foundation (DFG) to work on my Habilitation degree, which I never could finish as already 1 year later, I got appointed Head of the Institute of Process Engineering at the German Research Center for Nutrition and Food, Karlsruhe. I served for three years in this position. In 2004, I decided to transfer to Karlsruhe University (TH) and became Full Professor for Food Process Engineering. Karlsruhe University merged with Helmholtz Center Karlsruhe into the Karlsruhe Institute of Technology (KIT) in 2009. Since 2014, I have also been involved as Dean of Studies and member of the Management Board of the Faculty and KIT Division I.

Professionally I am engaged in the advisory and/or management board of leading professional organizations as ProcessNet (German platform for chemical engineering, a joint initiative of DECHEMA and VDI-GVC), FEI (Research Association of the German Food Industry), and MIV (Association of the German Dairy Industry). I am elected member of HAdW (Heidelberger Akademie der Wissenschaften) and ACATECH (National Academy of Science and Engineering).

last change: 2019-10-04 KIT – The Research University in the Helmholtz Association